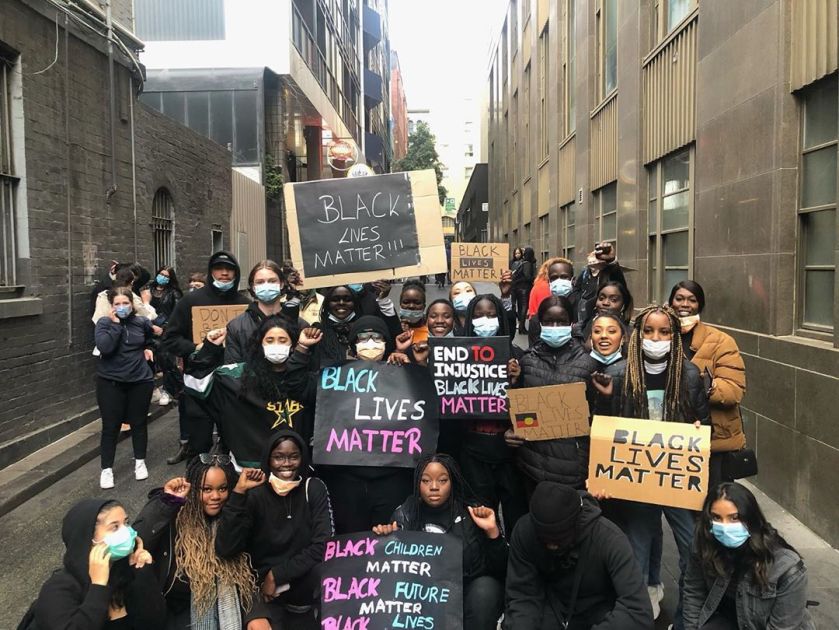 On Saturday the 6th of June 2020, I attended the ‘Black Lives Matter’ and ‘Justice for Aboriginal Deaths in Custody’ protest in Melbourne with a few of my friends from my youth ministry, PlanetBoom.

1.Why did you attend the protests?

I attended the protest because I am just so sick of the things that are happening as a result of systematic racism in the United States, Australia and other countries all around the world. I am really passionate about the issues surrounding George Floyd and I wanted to be apart of something that could change the way the world works.

2. Why is the BLM movement so significant for you?

The Black Lives Matter Movement is so significant to me because as a black person in Australia, personally I have never felt that my life has been threatened by a police officer or someone in authority that is supposed to protect me and I believe that it should be that way for every black person or person of colour everywhere. Black people in the United States live in fear every day and black people everywhere are discriminated against. The Black Lives Matter Movement says that we aren’t a threat and our lives matter just like everyone else’s.

3. Was this your first protest?

This was my very first protest and it definitely won’t be my last as there are many things that I am passionate about and want to see a change in. So, I guess this protest was just a stepping stone for all the other protests that I’m going to attend in the future.

4. How did it feel being apart of something like this?

I honestly felt so privileged to attend this protest because I know that in years from now when this whole year is in the history books and this protest is going to be taught to children and they’re going to know that this was the stepping stone for the end of police brutality and racial inequality. And when my children or grandchildren talk to me about it after learning about this at school I’m going to be able to tell them that I was amongst those millions around the world protesting and demanding change, not just minding my business and staying quiet.

5. What did you gain from attending the protest?

I gained a sense of belonging and community from being at that protest because I didn’t even know more than 20 people there but I felt like at that moment, we were all family. We were all using our voices to fight for what was right and seeing so many people with the intention of seeing change in the world was really inspirational.

6. Does your faith help shape how you view social justice in today’s world?

My faith does shape how I view social justice in the world because I just think that if God sees all his children as equal then who are we as humans to change the hierarchy based on race.

7. Do you belive it’s important to get involved in social justice movements at a young age?

I guess it just resonated with me while I was at that protest because I want to fight for people because its what’s right and I believe everyone should see something wrong and fight for what is right.